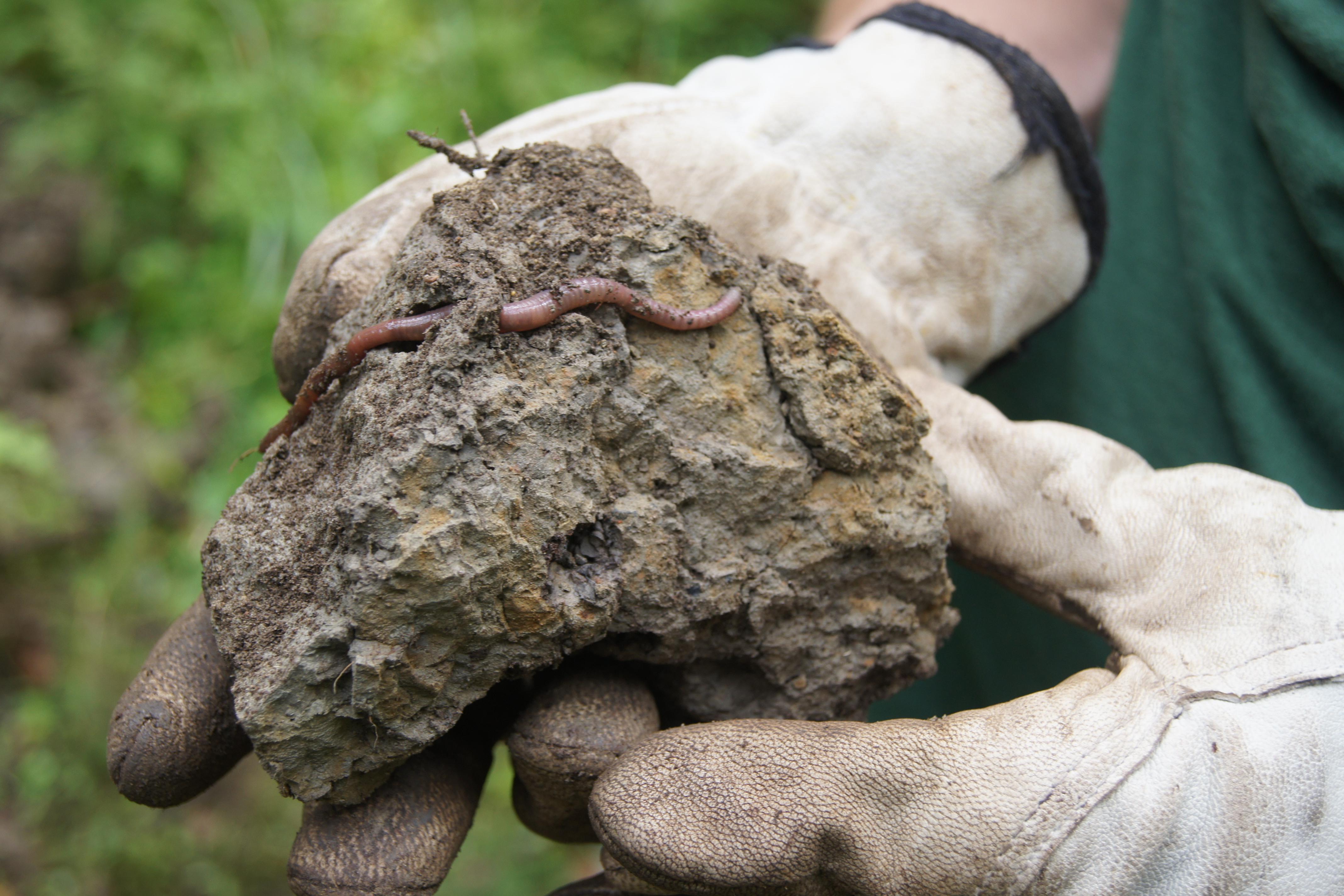 New research is changing the way the world thinks about earthworms. For many of us, we think of them as helpful garden assistants, mixing soil and providing nutrients for our plants. Hidden under our feet, they are powerful ecosystem engineers and can be found on every continent except Antarctica. But in Minnesota and other parts of North America, in forests once covered by glaciers, European earthworms are a potent invasive species. They change the very nature of the forest floor and soils, threatening native ferns, wildflowers, and even tree seedlings. These dramatic above and belowground changes also threaten the animals that depend on the forest understory plants; everything from spiders, salamanders, and songbirds to the iconic moose.

Work done by Dr. Kyungsoo Yoo and graduate student Adrian Wackett in the Department of Soil, Water, and Climate at the University of Minnesota, in collaboration with scientists at Umeå University in Sweden, is helping us to understand earthworm invasion as a global issue. Their new research shows some of the same earthworm species transforming North American forests are also invasive in the far northern arctic regions of Norway, Sweden, and Finland (Fennoscandia). They identified numerous locations where earthworm invasion in these arctic landscapes is active and ongoing. Like Minnesota, these forests were glaciated thousands of years ago. When settlers came to the area to farm from southern and Central Europe, they brought non-native earthworms with them. More recently, modern gardens, composts, and fishing sites have been responsible for introducing the ‘unseen invaders’.  These new worms out compete previously established litter dwelling species that arrived in Northern Sweden through the Bothnian Sea and/or being spread by Sami reindeer herding.

“Though no one thought about this before, we can identify invasion points pretty easily,” says graduate student Adrian Wackett. “We target old farm sites or modern cabin lawns as potential ‘hot-spots’, and in many cases observe a radius where the worms have spread outwards into the surrounding birch forests.” Once established, the worms are persistent and cause major ecological changes.

“Looking at our study sites and the way these worms spread, these more impactful earthworm species do not appear to establish naturally, like along coastlines, for example,” says Dr. Yoo. “They also don’t seem to have been spread by the Sami (early native cultures).”

Previously, earthworms were not considered invasive in these areas. This new research calls immediate attention to address the potential for this invasion to expand across the Fennoscandian arctic region. Because of the dramatic environmental changes earthworm invasions are known to cause in places like North America, people in Fennoscandia are beginning to take notice. The work was recently presented to the King of Sweden, Carl XVI Gustaf, by the collaborators in Umeå. With greater understanding and awareness of the potent threat of invasive earthworms, the hope is measures can be taken to restrict their spread and protect this critical area of the world, much of which falls within the Laponia world heritage site.

This article was written by Stacy Nordstrom.