The 26th Kuehnast Lecture in the Fields of Meteorology and Climatology

Climate and society: Lessons from transportation

I became a climatologist before climate was hot. Because I flew airplanes when I was a kid, I became interested in meteorology early on, and I fully expected to become a weather forecaster with the National Weather Service. After a brief stint of working on ships, and once I found out that forecasters work shifts, I gladly accepted a job with NOAA’s climate center in Asheville. There I learned the value of working 9-5, but more importantly, the value of climate data for all sorts of applications in many sectors of the economy. I served numerous customers in energy, shipping, tourism, buildings, public utilities, and public health, among others. From Asheville, I switched around other parts of NOAA, in research, instruments, data systems, and in Geneva, Switzerland for several years in various posts at the World Meteorological Organization. It was here in the 1990’s that we realized that climate change was real, was happening now, was affecting important sectors of society, and was harming the most vulnerable populations. In this talk I will share with you how climate change affects aspects of our daily lives, through the lens of climate change impacts on transportation. Drawing on experiences with planes, trains, ships, and automobiles, and research with the National Academies of Sciences and my late-in- life Master of Liberal Arts, I will show how climate affects transport, and how transport alters patterns of human society. 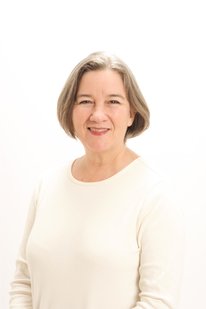 Marjorie McGuirk is a professional meteorologist and a climate services specialist. For nearly four decades she has applied climate science to solutions in many sectors such as energy, transportation, and public health and she likes to say that she makes sense out of climate science as it applies to policy, planning, and infrastructure. Following a long career with NOAA, Marjorie consults with CASE Consultants International, where she is Founder and President.

As a lead U.S. Government Reviewer for the Fifth Assessment Report by the Intergovernmental Panel on Climate Change, she concentrates particularly on Impacts, Adaptation & Vulnerability. Before retiring from federal service with NOAA's National Climatic Data Center, Marjorie served as the Special Advisor to the Director, as Chief of Staff, and as National Partnership Liaison with Regional Climate Centers and the American Association of State Climatologists.

Marjorie has published on climate change impacts on transportation infrastructure with the Transportation Research Board of the National Academies of Science, and on impacts of our changing climate on society.

She received a B.S. in Atmospheric Science from Old Dominion University, Graduate Studies in Aerosol Science and Air Pollution at the University of Washington, and holds a MLA in Climate Change and Society from the University of North Carolina Asheville.