The 27th Kuehnast Lecture in the Fields of Meteorology and Climatology 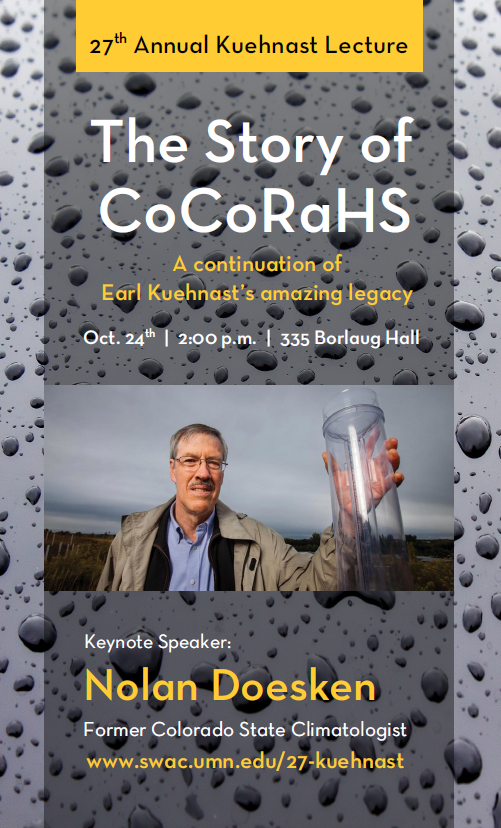 Nolan will tell his story beginning with his early roots in rural Illinois, his first rain gauge and his unlikely selection as Colorado’s Assistant State Climatologist in 1977 right up to today with over 22,000 active rain gauge volunteers.

Stops along the way will include memories of his first analyses of the spatial variability in daily and monthly precipitation, his first meeting with Earl in the late 1970s, his long involvement with the National Weather Service Cooperative Network and his battles in the 1990s with high-level NWS administration during the years of National Weather Service modernization and automation of surface weather observations. The Fort Collins flood of 1997 will be described in some detail—the storm that launched the CoCoRaHS (Community Collaborative Rain, Hail and Snow) network.

He will then walk through the unlikely  chain of events that took a small group of local weather enthusiasts and built them into a remarkable nationwide and international network—including more than one trip to the White House. Examples of the value and uses of precipitation data from a volunteer network will be presented and future possibilities will be discussed.