Antarctic weather and climate observations are inherently limited in time and space, presenting challenges for understanding fundamental climate variability, monitoring ongoing or emerging trends, and contextualizing extreme events. In West Antarctica, accelerating ice mass loss due to ice-ocean-atmosphere interactions is a subject of societal concern. Currently, climate observations from a single long-term station (Byrd Station, 1957 - present) are augmented by a spatial array of decades to centuries-long ice core records. However, this array is limited to high-elevation inland regions and is out of date, having largely been collected in the late 1990s. The network can be expanded to low-elevation coastal regions along the 1,900 kilometer-long Pacific coastline of West Antarctica by recovering and developing 150 m deep, 200-400 year-long ice core paleoclimate records at ice rises, areas of grounded ice within floating ice shelves. The inland ice core array can also easily be updated by returning to sites and recovering shallow ice cores (~15 m depth, 20-30 years). Preliminary constraints on coastal climate over recent decades can be gained from analysis of airborne snow radar collected by NASA Operation IceBridge and a new shallow ice core from Mt. Siple (73.4ºS, 126.7ºW). These data will help inform selection of future coastal ice core sites which will provide records of environmental variability and change along the critical West Antarctic coastal zone.

I'll talk about two research projects in my group where I'd like to collaborate with colleagues and students in SWAC.

We have mapped the extents, mechanisms, and ecosystem impacts of earthworm invasion in Alaska, Minnesota, Fennoscandia, and American Samoa over the last three years. While exotic earthworms of European origin are expanding their new territories in Alaska, newly arrived jumping worms of Asian origin are eroding their grounds in the formerly glaciated forests of the Great Lakes and New England. We documented earthworms from Asia, South America, and Africa on Ta'u, a remote island in the South Pacific. Earthworms have spread throughout the world, and their new presences have big impacts on the soil.

We are also conducting mountain farming research, beginning with indigenous coffee farming in Mexico. Smallholder farmers in developing countries frequently overlap with the 1.1 billion people who live in mountains, in contrast to industrial farming, which is primarily concentrated in relatively flat lowlands. Indigenous people and family agriculturalists make up the majority of mountain smallholders. Because of their remoteness and isolation, mountain environments are disproportionately important sources of biodiversity and cultural and ethnic diversity.

Part of the Fall 2021 Soil, Water, & Climate Seminar Series. All seminars are free and open to the public. When possible, seminars are recorded and later shared on our website and YouTube channel. 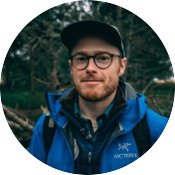 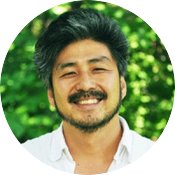