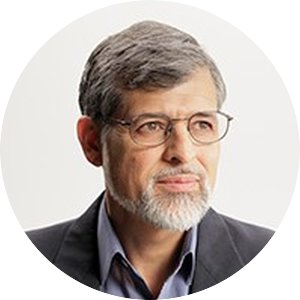 Dr. Mulla received a Ph.D. degree in Agronomy from Purdue University with emphasis in soil physics (1983).   From 1983 to 1995 he was Assistant to Full Professor in the Dept. of Crop and Soil Sciences at Washington State Univ.  Since 1995 he has been Professor and Larson Chair for Soil & Water Resources in the Dept. of Soil, Water, and Climate at the Univ. of Minnesota.  Since January, 2004 he has been the Director of the Precision Agriculture Center at the Univ. of Minnesota and organized the 7th and 8th International Conferences on Precision Agriculture.  In 2007 he was appointed a Founding Fellow in the Univ. of Minnesota’s Institute on Environment.  In 2011 and 2013 he was appointed to National Academy of Sciences committees on Florida water quality standards and on Mississippi River water quality assessment and monitoring.

Dr. Mulla and his coauthors (including 40 MS and PhD students) have produced over 210 publications, and have received funding of over $30 million.  Dr. Mulla and his colleagues have extensive experience in applying geostatistics, remote sensing and GIS terrain analysis in agricultural, biological and ecological systems, including applications for development of targeted BMP placement and “management zones” in precision agriculture and precision conservation.  Broadly speaking, Dr. Mulla’s pioneering research on precision agriculture contributed significantly to its adoption in the US and around the world, fostering business opportunities, job growth and greater economic and environmental efficiency in agriculture.

Dr. Mulla has experience in modeling erosion, and losses of phosphorus, nitrogen, and pesticides to surface and ground waters.  He studied pollution of Minnesota rivers, lakes, and groundwater, and effectiveness of BMPs for each resource. In 1998 he was appointed to the White House Task Force on Hypoxia in the Gulf of Mexico.  In 1999 he led a study for the Minnesota State Environmental Quality Board on the impacts of animal agriculture on water quality.  In 2004 he collaborated on a statewide study to quantify phosphorus loads exported to surface waters from point and nonpoint sources. He led a paired watershed study on the effectiveness of BMPs.  In 2007 he led a study for the LCCMR to develop a long-range conservation plan for biofuel production and environmental protection in Minnesota.  In 2010 he led a study for the MN state legislature on nitrogen sources to surface waters.  In 2011 he was appointed to a National Academy of Sciences committee on numerical nutrient criteria (water quality standards) for Florida.

Dr. Mulla is an internationally recognized researcher and scholar.  His research has taken him to over 20 countries.  He was a consultant to the Millennium Challenge Corporation for a project to install erosion control practices and plant 8 million olive trees on 80,000 ha in Morocco.  His peers elected him as a Fellow in the Soil Science Society of America (SSSA), and as a Fellow in the Agronomy Society of America. In 2012 he received the Pierre C. Robert Precision Agriculture Research Award from the International Society for Precision Agriculture. In 2013 he received the SSSA Soil Science Applied Research Award.   He has served as Associate and Technical Editor for the Soil Science Society of America Journal, and as Associate Editor for the Journal of Precision Agriculture.

My research emphasizes (1) the measurement, modeling, and management of uncertainty and risk for non-point source pollution of surface and groundwater; (2) the characterization and estimation of field-scale variability for precision farming; (3) the evaluation of alternative farm management strategies for improved soil quality and sustainability; and (4) evaluation of policies for soil and water resources.