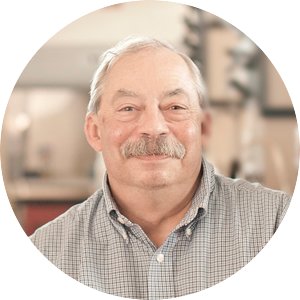 Research in my laboratory is directed at several areas of environmental microbiology. One of the major research efforts of my laboratory is directed toward the development of technologies to determine sources of fecal pollution in waterways. Specifically, we are using DNA fingerprinting and other genomic techniques to examine large populations of E. coli bacteria to determine which animal sources are contributing to the fecal loading of critical rural and urban streams, lakes, and rivers.  Research efforts in my laboratory are also directed towards the identification and examination of  bacterial genes involved in the early periods of legume-microbe symbioses. We are specifically interested in studying Rhizobium and Bradyrhizobium genes which play a prominent role in host/microbe communication and recognition and, those involved in competition among soil microbes in the root zone of  soybean an clover plants.  Lastly, researchers in my laboratory are involved in the identification and characterization of bacterial genes,- proteins, and metabolic pathways involved in the biodegradation of atrazine and related triazine herbicides. Moreover, we are investigating the use of purified enzymes, and transgenic bacteria and plants, to bioremediate herbicide-contaminated soils and water.