The Case for Cautious Climate Hope

Each year, the Department of Soil, Water, and Climate invites a distinguished climate scientist or meteorologist to give the Kuehnast Lecture in honor of former Minnesota State Climatologist Earl Kuehnast, and the generations of family farmers who relied on an understanding of the climate, the weather, the soil, and the water. This year's invited speaker is Zeke Hausfather, PhD, climate research lead for Stripe.

The Case for Cautious Climate Hope

The world is currently on the brink of both potential climate catastrophe and rapid decarbonization. On one hand the climate crisis has become too severe to ignore; what was once a problem that people thought their children would face is now something that is impossible to ignore, with record-breaking heat, droughts, wildfires, flooding, and other climate impacts happening on a daily basis. While climate change is not necessarily happening faster than we thought, many of the impacts of climate change are proving more severe than we initially expected. Atmospheric CO2 has now risen to levels last seen more than four million years ago, and current global temperatures are likely higher than any multi-century period in at least the last 125,000 years. At the same time, the energy transition is happening far faster than anyone predicted a decade ago. Solar and battery prices have fallen by a factor of ten in a decade, global coal use peaked back in 2013, around 14% of new vehicles sold globally are electric, and the darkest climate futures where emissions doubled or tripled by the end of the century are now receding from view. Close to 90% of global emissions are covered by pledges to get to net-zero around the middle of the 21st century, and countries are starting to pass meaningful climate policy to put us on a path toward achieving those goals. But it is increasingly clear that the world will overshoot our most ambitious climate change target of limiting warming to 1.5°C in the next decade or two, even though our ability to limit warming to below 2°C is growing much stronger. It is a time for a cautious climate hope that both acknowledges the progress we have made and how far we still have to go.

Part of the Kuehnast Lecture Series, supported by the Earl Kuehnast Family Endowment, which strengthens the climatology program in the Department of Soil, Water, and Climate. We appreciate the generous support of the Kuehnast family and other donors. 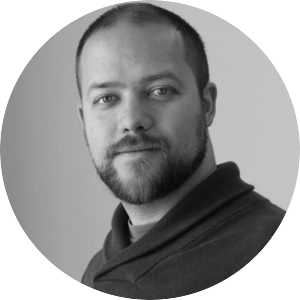 Zeke Hausfather is Climate Research Lead for Stripe. He is a climate scientist whose research focuses on observational temperature records, climate models, carbon removal, and mitigation technologies. Zeke also works as a research scientist with Berkeley Earth and is a science contributor to Carbon Brief. He was previously the director of climate and energy at the Breakthrough Institute, the senior climate analyst at Project Drawdown, the lead data scientist at Essess, the chief scientist at C3.ai, and the cofounder and chief scientist of Efficiency 2.0. He has masters degrees in environmental science from Yale University and Vrije Universiteit Amsterdam and a PhD in climate science from the University of California, Berkeley.