Lectures in the Fields of Meteorology and Climatology 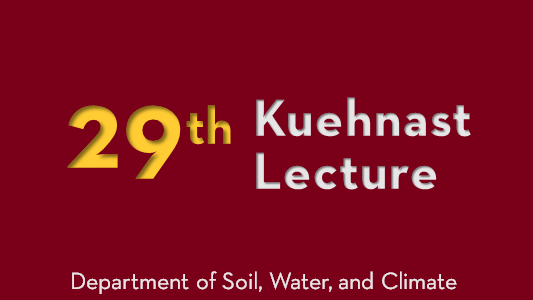 The 29th Kuehnast Lecture will take place on Thursday, October 13, 2022. Please save the date!

In 1992, the Department of Soil, Water, and Climate was honored by the establishment of an endowment provided by the family of former Minnesota State Climatologist, Earl Louis, and his wife, Leila (Newbrough) Kuehnast. The endowment is used to further teaching and research programs in climatology and meteorology. The Kuehnast Lecture Series is sponsored by this endowment.